WHY the "TEA PARTY" is UNCHRISTIAN | Andrew Strom


I write this as a conservative evangelical Christian. I am anti-abortion and hold all the usual 'conservative' views. But I have come to believe that the Tea Party is one of the most misguided and misleading movements in America - especially since it claims to be so "Christian".

I saw a piece written by pro-Tea Party activist recently who quoted statistics saying that the majority of Tea Party members are evangelical Christians. He coined the term, "Teavangelicals". He says they are going to have a new Awakening and "Take Back America". I don't know what kind of "Awakening" he is talking about, but it is very different from the true spiritual Awakenings of the past. America certainly needs a Revival. But not the kind that these guys are pushing. I believe it is a counterfeit of the real thing. And if we fall for the counterfeit, then the true can be utterly lost.

So what exactly is the problem with the "Teavangelicals"? Below is a very basic list of things that, in my view, make this movement truly un-Christlike and unchristian:

(1) An Unhealthy Mixing of Christianity with Nationalism—When you "wrap the cross in the flag" so-to-speak, you instantly distort the entire message and essence of Christianity. You are taking two totally different "kingdoms" and mixing them together. Jesus said: "My kingdom is not of this world." So in mixing Christianity with Nationalism, you are totally distorting what His kingdom truly stands for. Thus you get "Patriotic" actions such as saluting the flag or the Pledge of Allegiance being seen as "Christian" things to do. Marching off to war becomes a "Christian" activity. The two "kingdoms" are being completely confused. There is a great deal of this happening in the church in America right now - and the Tea Party is really pushing it. -Utterly distorting what real Christianity is all about.

(2) Being Basically the Biggest Supporters of WAR in America—(This is closely related to # 1). One US commentator seriously stated that without the support of the American Christians the war would be over much quicker - because they are the staunchest and strongest supporters of War in the whole country. Now, can you imagine Jesus being like this? Can you imagine Him telling his disciples, "I want you to support military invasions and the shooting, killing and destroying of thousands of people"? -Because that is what WAR is. Does it sound "Christian" to you? Can we find anywhere in the New Testament where true Christians had this attitude? NO! They wouldn't have dreamed of being the biggest supporters of War in their generation! Just think what a terrible testimony this is today - to all the unbelievers who are watching. How un-Christlike. No wonder they call us "War-mongers".

(3) Siding with the Rich and Against the Poor—This is the exact opposite of Jesus - as we see again and again in the gospels and the entire New Testament. Pay close attention to the following words of Christ- "Woe to you that are rich, for you have received your comfort" (Lk 6:24), "How hard it is for a rich man to enter the kingdom of heaven" (Mt 19:23) and "You cannot serve God and Money." (Mt 6:24). Jesus also said: "Blessed be you poor, for yours is the kingdom of heaven" (Lk 6:20) and "I have come to
preach good news to the poor" (Lk 4:18).
Can you imagine Jesus coming across like today's "Tea Party" Christians - where they seem utterly against the cause of the poor, and totally for the Rich and the 'Big Money' interests? Perhaps we
have forgotten that Big Business exists largely for MAMMON and GREED. Can anybody tell me anything "Christian" about that?

(4) HEALTH CARE—Denying it to the Needy—(Related to # 3). I am not talking about "ObamaCare" here. I have no comment on ObamaCare one way or the other. What I am talking about is a general attitude amongst Christians. I cannot tell you the number of emails that I've gotten from believers who want to deny poor uninsured Americans any decent Health Care. (I guess because they are lower-class and can't afford it).

Do you know that millions and millions of Americans are being denied basic Health coverage that is totally taken for granted in other countries? And that it is the CHRISTIANS who want to deny it to them? And do you know that there are multitudes of Americans who wind up bankrupt or losing their home simply because they can't pay their medical bills? Does that sound like a "Christian" ideal to you? Does it sound like something that believers should be fighting for? -Fighting on the side of Big Business against the "little people" who can't afford to pay? What kind of "Christianity" is that?

(5) Pushing the Idea that "Political" Answers can Solve America's Problems—To me, this is the worst deception of all - the idea that America's problems can mainly be solved with "Political" activism,
or a change of government, or a new President. The USA's problems are almost entirely SPIRITUAL. It is because she has lost her way SPIRITUALLY that is causing all the other problems. And to get the Christians all caught up in a "Political" movement is a total distraction. A PRAYER movement - Yes! A "Political" movement - NO! It will not solve the problems in any real way at all. In fact, it is like a "counterfeit" Awakening - to push the Christians into Political activism instead of focusing on the SPIRITUAL. It is like a false savior - a "pseudo" solution. The problems in America are Spiritual - and they need Spiritual answers. Not this "counterfeit" that gets everybody caught up in Political fights.
In summary, I want to say that I believe that many of the attitudes and behaviors of the "Tea Party" evangelicals in America are totally un-Christlike and unchristian. They come across as ugly, mean-spirited and anger-filled. It is awful to see real believers caught up in anything so unlike Jesus.

I would like to challenge every Christian reading this to forward it to your conservative friends. Tell them to come and meet me over at our discussion board, if they think they can prove me wrong. I am open. If they think they can prove from the New Testament that Christians should be thinking and behaving the way these "Tea Party" people behave, then let them come. I will be waiting.

THE CHALLENGE is LAID DOWN.

PLEASE FORWARD this TO YOUR FRIENDS.

God bless you all. 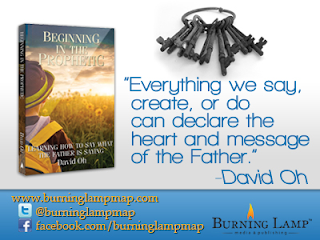