On Easter Sunday, April 24th at 10:30am, Cindy Jacobs is scheduled to speak at the Newsong Church in northern Virginia during her strategic trip to Washington, DC. For those in the region, I'd strongly recommend you attend this service if you are able to do so. 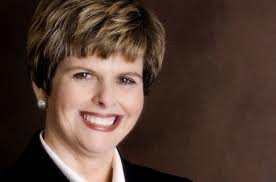 Cindy Jacobs is a respected prophet who travels the world ministering not only to crowds of people, but to heads of nations. Perhaps her greatest ministry is to world influencers who seek her prophetic advice.

Her first calling is and always will be prophetic intercession. Ever since the Lord called her with the scripture, “Ask of me the nations for your inheritance, and the ends of the world for your possession,” she has taken that calling seriously. She describes her call to the nations “an inverted homesickness.” Each year she travels and has spoken on nearly every inhabited continent to tens of thousands. Yet, in her heart is the memory that Jesus left the ninety-and-nine to go to the one. Today, in spite of a demanding schedule, she is willing to go for the one lost soul.

Among other things, she is listed in the Who’s Who Among American Women, has written for such publications as Charisma, Ministries Today, Spirit-Led Women. She is a frequent guest on Trinity Broadcasting Network, The 700 Club, and now one can watch her on the God Channel. The television show from her ministry, God Knows, is on nine networks in six languages.
Posted by Kingdom Shifts at Friday, April 22, 2011